The food decision was a big one for us. We originally thought we wanted an informal hog roast but that was about it! When we initially met with Thomas this was really the only pre-requisite that we had and the rest was pretty much left up to him!  At the end of the meeting he had come up with an amazing variation of our initial idea complemented by some awesome side dishes and when we tasted the brownies…well, that sealed the deal on dessert!!! 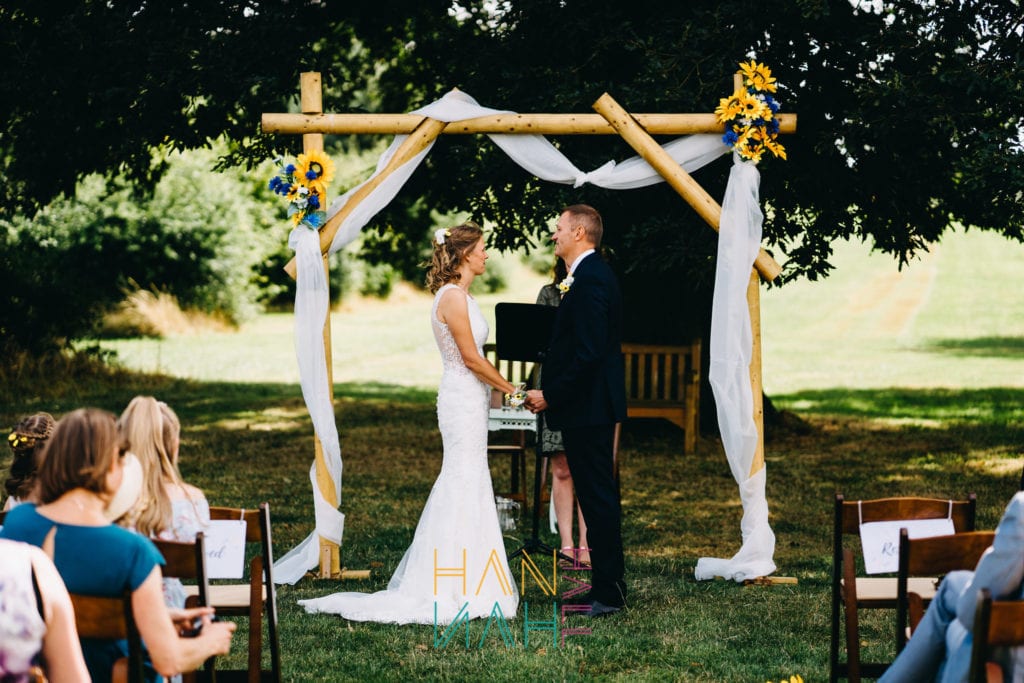 And the food? Well, the comments from every single one of our guests confirmed that we had definitely made the right choice!

If we had to do it all again, we’d absolutely choose Thomas!!!

What our clients say

“We love food! It’s no secret, so when it came to our wedding day it was right up there at the top of our list. Initially we struggled to find someone who could bring our ideas to life and felt as though we were going to have to settle with something that wasn’t quite ‘us’. But that all changed when we met Thomas the Caterer!

Working in the industry I first met Tom at a wedding event where he had set up ‘Tommy’s Tortilla’s’ a food stand cooking up awesome pulled pork wraps. The smell, the quirky stall, Tom’s cool hat, I was sold before I had even tried one. After my *ahem* third wrap and chat I knew this was the guy to make our fiesta inspired wedding come alive! I reported back with a cheeky sample in tow and it was thumbs up all round!

When we met up afterwards to discuss our ideas and Tom just got it! It’s such a great feeling when you ‘click’ with a wedding supplier, they don’t look at you gone out when you share your non-traditional ideas, in fact they chuck in some more for good measure!

Right from the beginning Tom couldn’t do enough, he visited our venue to check out how we we’re going to set it all up, we had a taster session with him at Thomas Towers and the guy even handmade 3 more food stalls! Seriously? Amazing!

The day itself was just magical! Everything came together just like we had imagined and the food… oh the food! From the canapes to the nibbles to the ultimate chilli in the evening it did not disappoint. The laid back Mexican food stall idea was an absolute hit, the pulled pork wraps sold out, people were heading back seconds and thirds and literally everyone commented on how tasty it was, even weeks after the wedding! Could you ask for anything more?

Tom, we were so lucky to find you, you’re one in a million! Your passion, talent and just general awesomeness are second to none. Your staff are an absolute credit to you and we can’t thank you enough for bringing our ideas to life and for leaving us with not only full bellies but with memories to last a life time!